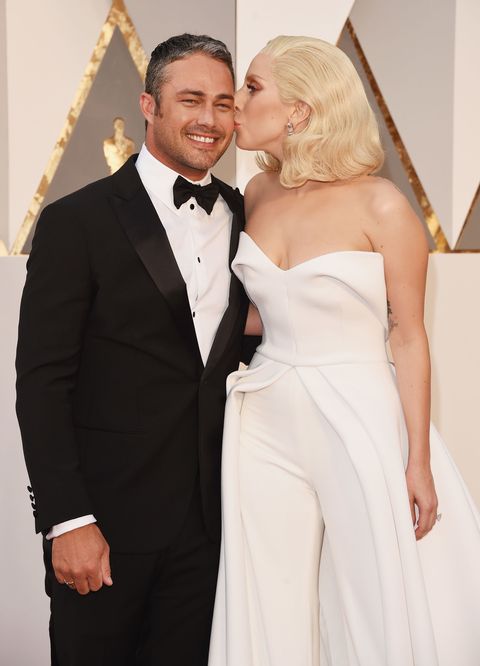 In news that had the internet in a permanent state of "NoooOOOoooOOooo," Lady Gaga and Taylor Kinney announced that they were taking a break back in July. But hark— a super 😍 update is coming your way: apparently, Kinney wants get his relationship with Mama Monster back on track.

Everyone on the internet right now:

Not only has Gaga reportedly kept her heart-shaped engagement ring from Kinney, they've "been talking," and a source tells Us Weekly that he "really hopes" they'll get back together. "There is absolutely still a chance they can get back together," the source says. "She still feels terrible and hopes it can work out."

This isn't actually that surprising, given that Gaga responded to reports of their breakup with a sentimental Instagram post asking fans to root for them.

Taylor and I have always believed we are soulmates. Just like all couples we have ups and downs, and we have been taking a break. We are both ambitious artists, hoping to work through long-distance and complicated schedules to continue the simple love we have always shared. Please root us on. We're just like everybody else and we really love each other.

Here's to hoping these two get back together and make it official.