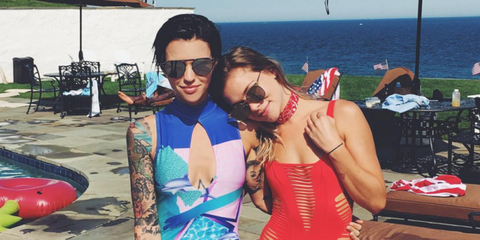 Although they nearly stole the thunder from Taylor Swift and Tom Hiddleston, Ruby Rose and Haley Gusman have reportedly broken up, E! News reports.

"They are no longer dating," a source said. "[Rose] is shooting until the end of the year out of the country and focusing on her career."

To us shippers, this is a massive bummer, but if Danny Zuko and Sandy Olson can find their way back together, there's hope.