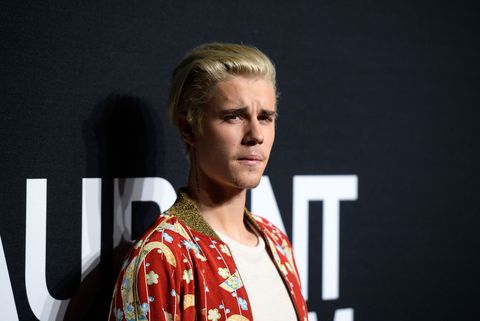 The other day, Justin Bieber was out frolicking around West Hollywood, when suddenly he was possessed by the sudden urge for a Subway foot-long. We've all been there. But in an unexpected #PlotTwist, Bieber's credit card was declined.

Fortunately—and this is where it gets hilarious/amazing—a Belieber happened to be in line with Justin and footed the bill. According to The Daily Mail, the "Sorry" singer was treated to "a foot-long sandwich, four milk bottles and some cookies for dessert."

Bieber left the area with his maybe-girlfriend, Sofia Richie, and they presumably spent the rest of their day indulging in mass amounts of dairy.