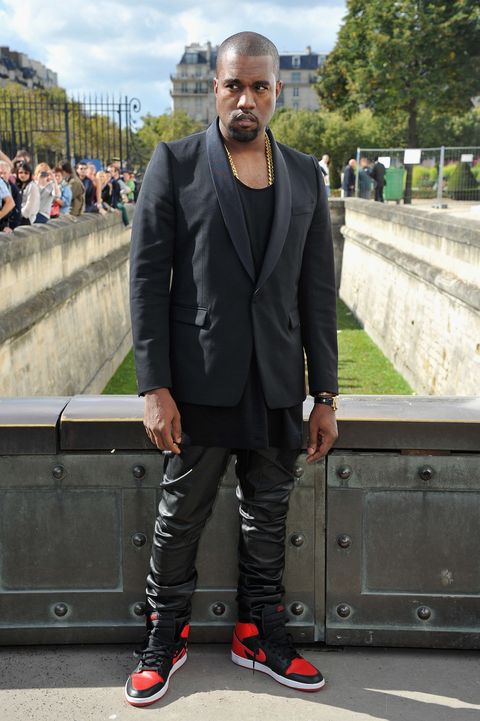 Kanye West has been hospitalized for "his own health and safety" at UCLA Medical Center, and new reports claims his doctor is the one who called police about his potentially violent behavior.

According to TMZ, West's physician Dr. Michael Farzam called 911 "warning the dispatcher [that] Kanye was not violent but would become violent when police arrived to help him." Sources in law enforcement claim Dr. Farzam said his patient suffered from "temporary psychosis due to sleep deprivation and dehydration."

The police report indicates that Dr. Farzam told officers Kanye had tried to assault a gym staff member, and that he had placed West on a 5150 psychiatric hold—which is why he was allegedly handcuffed to his stretcher on route to the hospital (it's unclear as to whether Kanye's actually being held on a 5150).

Head here for information on Kanye's personal struggles, and check back for more updates.

Mehera Bonner Contributor Mehera Bonner is a news writer who focuses on celebrities and royals.
This content is created and maintained by a third party, and imported onto this page to help users provide their email addresses. You may be able to find more information about this and similar content at piano.io
Advertisement - Continue Reading Below
More From Celebrity
Charles Expertly Ignored Boris Johnson's Snafu
How Kitty Spencer's Wedding Dress Honored Diana
Advertisement - Continue Reading Below
Dolly Parton On the #FreeBritney Movement
Will & Kate Are Nervous About George's Future
George Won't Be Forced to Go to Boarding School
Diana Would Have Written a Memoir Too, Friend Says
A Slice of Diana's Actual Wedding Cake Is For Sale
Matt Damon Trolled Ben Affleck and Jennifer Lopez
This Old Video of the Queen Saying "Nah" Is LOL
Diana Had a Secret Message on Her Wedding Shoes