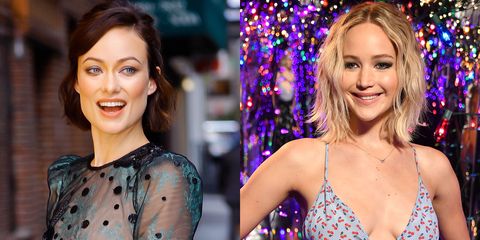 Reminder that this was once how Jennifer Lawrence described herself: "I'm a puker. I'm a big-time puker."

This was said in reference to her body's rather unusual reaction to exhaustion, but earlier this week, it might've been induced by the sight of hyper-real torture, as depicted on Broadway's 1984. (Lawrence would not be the first to become ill and/or faint due to the show's more disturbing scenes.)

While Page Six reports that the actress was forced to evacuate her seat to upchuck during a performance, a source told the outlet that she had "caught the stomach flu from her nephews." In any case, Olivia Wilde, who stars in the play, seems pretty thrilled her work caused such a visceral reaction in one so accustomed to blowing chunks.

As long as I have a play, Jennifer Lawrence has a place to puke. 🙌#honored #getwellsoon #iloveyou #1984onBarfway #spewbagsnotincluded