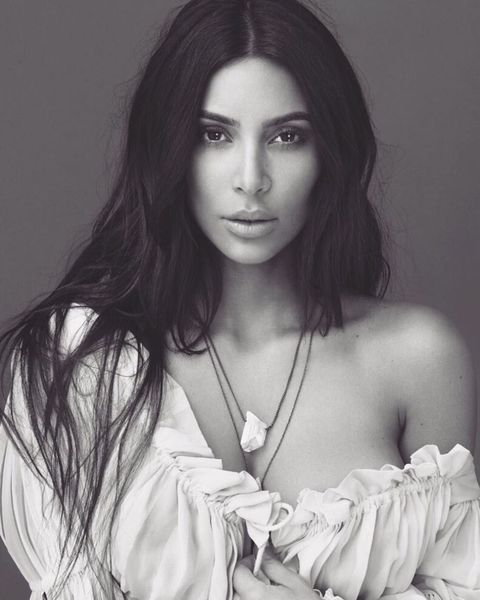 Kim Kardashian West spent most of her Halloween week dressing up as some big names in music, from being the Cher to BFF Jonathan Cheban's Sonny, to channeling singer Selena Quintanilla in her iconic purple jumpsuit.

But the costume to cause the biggest stir on social media was Kim's decision to dress up as singer Aaliyah, using the "Try Again" video as inspiration.

Reaction to the costume was pretty much split, with some labeling the costume as racist and offensive. As a result, Kim defended the outfit in an update on her website.

"When I was deciding what I wanted to be for Halloween this year, I had a lot of ideas that I narrowed down to musical icons and my second costume was Aaliyah," she wrote (via Billboard).

"Aaliyah was such an amazing singer and she will forever be a music legend. I saw online that some people thought my costume was in poor taste and I am truly sorry if that offended anyone. When I was creating the costume, I wasn't dressing up as a race or culture but rather as a woman whom I will always admire. I play every kind of genre of music in my home and I like for my kids to be exposed to many different artists."

Kim also then pointed out that she loved her joint costume with sister Kourtney this year too, where the duo dressed as Michael Jackson and Madonna at the 1991 Academy Awards.

"We don't see [color] in my home," she added. "We were paying homage to people and artists we love and respect—it's that simple!"

Aaliyah tragically died in 2001, along with eight others in a plane crash in the Bahamas.

The song behind Kim's inspiration,"Try Again," was recorded in 2000 for the Romeo Must Die soundtrack, and you can watch the original video right here: