Kourtney Kardashian has been insanely private about her relationship with Younes Bendjima, but she finally opened up about how they met during Sunday's episode of Keeping Up with the Kardashians.

Turns out Kim's former assistant Stephanie Shepherd was the first to point him out, telling Kourtney "this guy's cute over here." He was with friends of friends at the time, but kept avoiding the oldest Kardashian sister. 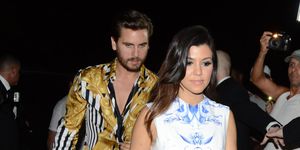 "He would walk in, say hi, shake hands with like our security or whatever, but like not say hi to us. And then I was like, ‘Why do you hate us?'" Kourtney told Khloé. "I was just drunk. Once I said that he literally like grabbed my hand and was like, ‘It's five in the morning. We're leaving.' And then next night Younes was like, ‘Bring your ass here.'"

Their second hangout happened on the night of Kim's robbery in Paris, and when Younes offered to help, the family mistook him for a translator: "We went to the bathroom and got the phone call about Kim. So then the party was over. And then he was like, ‘I'm not leaving you guys,' and he like had to translate everything."

Khloé's reaction? "I heard Kim say he was the translator. Who knew?!" 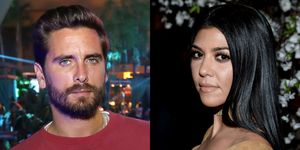