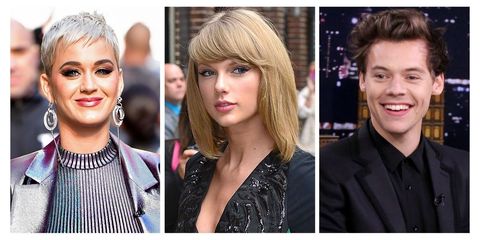 Today in the improbable but not impossible, fans believe that Taylor Swift, her frenemy Katy Perry, and her ex Harry Styles will all be performing at the Victoria's Secret Fashion Show. 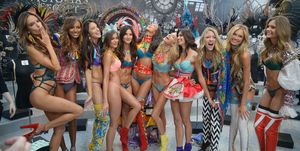 Every Model in the 2017 VS Fashion Show

A October 17 letter that Perry appears to have sent requesting permission to perform in China is circulating on Twitter.

The Victoria's Secret Show is in Shanghai this year, in two weeks. If the letter is actually real and seeking permission for that (and not for, say, adding tour dates in China for her Witness world tour), it would mark Perry's second time performing at the event. Swift is a two-time veteran. It would be Styles' first time performing the show.

Victoria's Secret hasn't announced the show's performers officially yet, but an announcement is likely to come in the next few days as the fashion show date nears.

Any one else hoping for Taylor/Harry/Katy confirmation just for the potential drama?

Alyssa Bailey News and Strategy Editor Alyssa Bailey is the news and strategy editor at ELLE.com, where she oversees coverage of celebrities and royals (particularly Meghan Markle and Kate Middleton).
This content is created and maintained by a third party, and imported onto this page to help users provide their email addresses. You may be able to find more information about this and similar content at piano.io
Advertisement - Continue Reading Below
More From Celebrity
Hailey Wore a Nude Blazer and Micro Dress
Gabrielle's TikTok About Her Prom Date is So Funny
Advertisement - Continue Reading Below
Victoria Beckham Shuts Down 'Spice World 2' Rumors
Kendall Jenner Shared Her Experience of Anxiety
'The Voice' Star Blake Shelton Opens Up About Gwen
Sussexes Share New Birthday Photo of Archie
Charles Is Still Upset Over Harry's Oprah Tell-All
Meghan and Harry Share New Archie Photo
The Cambridges Share Their First Full YouTube Vid
Courteney Cox Said the 'Friends' Fountain Was Grim