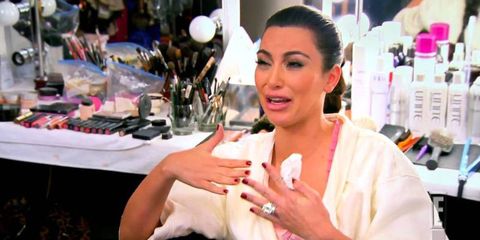 Fashion Month is nowhere near over, but it feels like the past week we've scrolled through enough runway and street style to last a lifetime. Our Instagram feed has been overflowing with #NYFW photos, so much so that we were surprised to find out certain snapshots stood out from all the rest.

Instagram has been following the events closely (and with Eva Chen heading up the app's fashion partnerships, it's no wonder), tracking the engagement with the flood of fashion week posts. According to The Cut, there were upwards of 200 million interactions by 26 million people involving NYFW-related material. Among the top 'grammed shows were Givenchy, Diane von Furstenberg, Polo Ralph Lauren, Coach, and Kanye West—all of which boasted a strong cast of supermodels and/or a star-studded front row.

On the matter of stars in attendance, certain stylish celebrities amassed major likes for their fashion week photos. While Kim Kardashian and Kendall Jenner held second and third place with 1.2 and 1.1 million likes, respectively, somehow Selena Gomez beat them both with a whopping 1.5 million likes on her pic from outside the Polo Ralph Lauren show.

First Kim Kardashian is dethroned as reigning queen of the Gram by Taylor Swift—and now a member of Swift's #squad has swooped in and snagged the Kardashian-Jenner's fashion week fame? Kylie better keep her Snapchat game on point lest her rank is the next to slide.

📷 our own personal backstage photog