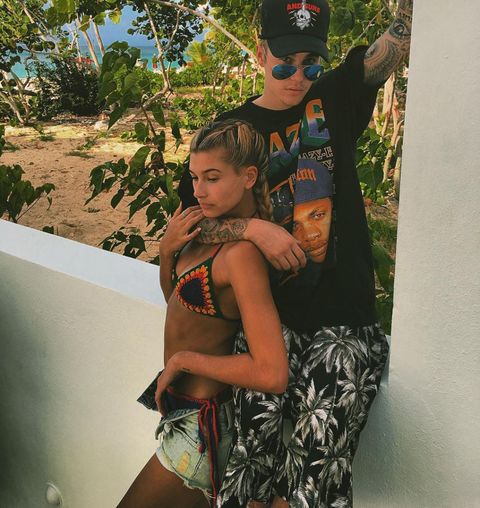 Though Justin Bieber and Hailey Baldwin never confirmed their relationship (unless you consider posting aggressive makeout sessions to Instagram confirmation of a relationship), the world ran with it anyway. Luckily, TMZ caught up with Stephen Baldwin at LAX on Sunday to ask him about his daughter's relationship status.

Stephen "absolutely" approves of Justin dating his daughter, though they are "just friends" who have "no label" on their relationship. "Mr. Bieber is a wonderful young man, hugely talented, got a whole lot more success ahead of him," he continued … but they're not dating, so.

He also said Justin and Hailey are a long way from marriage, which, again, would be relevant if they were dating but they're not. I am about as confident in Papa Baldwin's knowledge of his 19-year-old daughter's relationship status as I was that I was correct in thinking I was going to marry the guy I was with at 19 (Not confident. Not correct.). Wah.