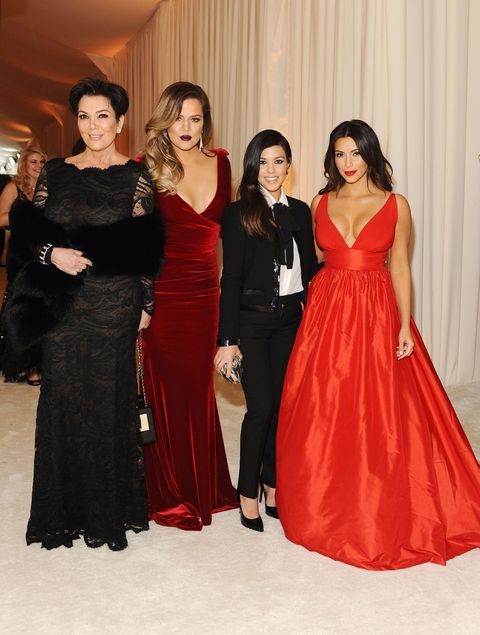 We know you were worried, so let us alleviate your fears: The Kardashians aren't going anywhere. In fact, the reality royalty has renewed with E! for four more years, signing a $100 million contract—a record-breaking figure, Page Six reports.

While the contract does not include Bruce Jenner's separate E! series, which will apparently showcase his journey, it does designate four more years of Keeping Up with the Kardashians, as well as any other spin-off shows that feature the trifekta (AKA Khloe, Kim, and Kourtney).

Kim Kardashian: Bruce Will Tell His Story On His Own Terms

The Most Insightful Kim Kardashian Quotes

Samantha Leal Senior Web Editor I'm Sam, the senior editor at MarieClaire.com.
This content is created and maintained by a third party, and imported onto this page to help users provide their email addresses. You may be able to find more information about this and similar content at piano.io
Advertisement - Continue Reading Below
More From Celebrity
Ben Affleck and Jennifer Lopez Made Out in NYC
Lady Gaga Stunned in an Old Hollywood Look
Advertisement - Continue Reading Below
Olivia Rodrigo Looked Jaw-Droppingly Beautiful
Will's "Alleged Bullying" Drove the Sussexes Out
Sam Asghari Opens Up About Britney Documentaries
Prince Harry’s Memoir Is Concerning Royal Insiders
Meghan Markle Wore Some Familiar Earrings in NYC
Harry and Meghan Could Visit England for Christmas
Meghan Markle Looked Gorgeous at Global Citizen
Harry and Meghan Are Taping Their NYC Trip