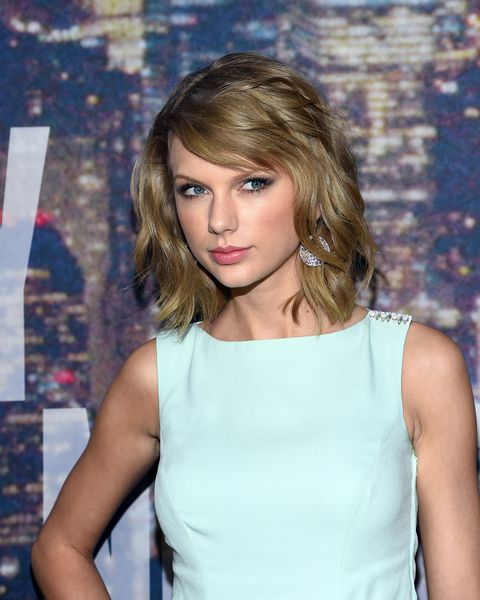 Proactive businesswoman Taylor Swift has already trademarked various combinations of words and plotted diabolical cookie swaps with Karlie Kloss, so do you think she would just stand idly by while some Internet "entrepreneur" swept in and stole TaylorSwift.porn and TaylorSwift.adult from right under her nose? Heck no.

According to CNN, while it's unclear exactly who bought those domain names, it was most likely someone who, like Swifty, has an interest in protecting her name and image and not letting randos get the opportunity to exploit either once those URLs go on sale June 1. On that date, new, descriptive suffixes ranging from .deals to .sucks—meant to make search easier—will be available for anyone to buy.

Nice work, T/T's people! Now excuse me while I go decide between ChelseaPeng.shenanigans or ChelseaPeng.pirate.

Chelsea Peng I'm Chelsea Peng, the assistant editor at MarieClaire.com.
This content is created and maintained by a third party, and imported onto this page to help users provide their email addresses. You may be able to find more information about this and similar content at piano.io
Advertisement - Continue Reading Below
More From Celebrity
The Palace Just Shared Prince Louis Birthday Pic
Meghan and Harry Talked Every Day During UK Trip
Advertisement - Continue Reading Below
J.Lo Wishes A-Rod's Daughter a Happy Birthday
Irina Shayk Shared a Rare Photo of Her Daughter
John Travolta Talked Dancing With Princess Diana
Meghan Markle and Archie Speak to the Queen
Who Is Alexandria Ocasio-Cortez's Partner?
Did Charles, Harry, and William Mend Relationship?
The Kardashians' Most Body-Confident Nude Shoots
Chrissy Teigen + Meghan Markle Spoke About Loss