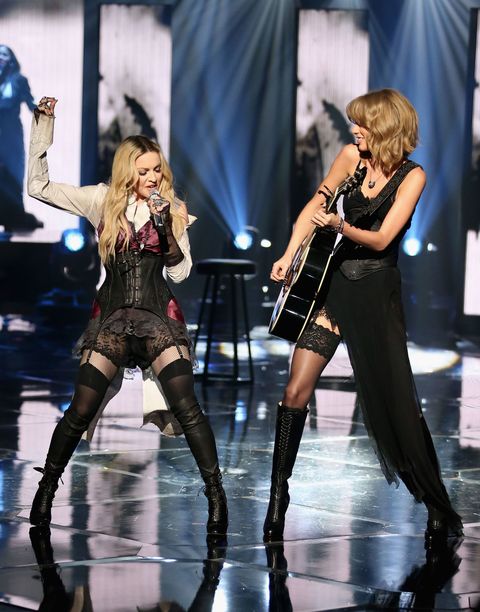 What do you get when you put two of the biggest names in music together on stage? A noteworthy performance that websites write about after the fact, that's what.

Case in point: Madonna was slated to sing "Ghosttown" at Sunday's iHeartRadio Music Awards, but in a surprise wait-what's-happening twist, Taylor Swift joined her. It had clearly been rehearsed, and so was only a surprise to us mere mortals watching the show, but it was epic nonetheless.

The two ended the performance with kisses on the cheek, and it's like we all heard T-Swift's Illuminati Friendship Circle expand.