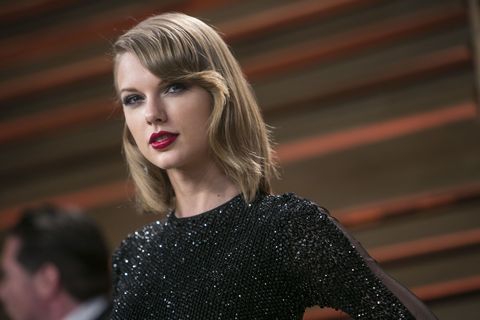 Real-estate magnate Taylor Swift handily dispatched a couple of rumors with a single tweet Tuesday, but like the Lernaean Hydra, when you hack one maybe-falsity away, two more grow in its place.

After investigating property records, TMZ reports that the inventor of the mom croon did, in fact, buy the $25 million Samuel Goldwyn estate in Beverley Hills for almost $3 million less than its original asking price of $27,995,000. (Title to the estate was transferred from the seller to a company linked to Swift's Nashville address; this will be a major plot point in the next John Grisham, mark my words.)

According to the New York Post, the reason Tay Tay might want to keep her acquisition of the six-bedroom, 11,000-square-foot home on the DL is its proximity (2.3 miles) to the residence of one Calvin Harris, Esq. An understandable concern given all those "TAYLOR SWIFT MOVES TO BE CLOSER TO BOYFRIEND" headlines we've seen throughout the years, but still—would you give all this up to protect your image?