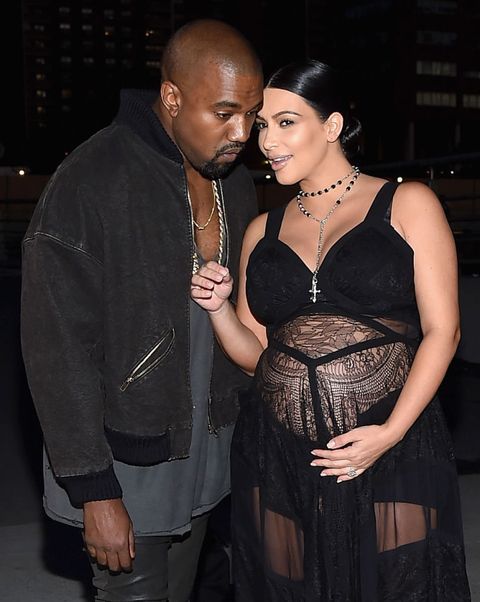 With her water-balloon feet and the possible complications, Kim Kardashian has a lot more important stuff to worry about than what to call her baby other than Son of Kimye (for now), okay?

Speaking with E! News, the taco obsessive revealed that referring to one's progeny as He-Who-Must-Not-Be-Named is not so unusual.

"I don't have names, which is so crazy," she said. "We just started talking about it and that was the last thing for us last time. So I feel confident obviously that we'll figure it out."

At least they've ruled out South ("so stupid") and possibly Easton (that's what the public wants), so onto Bob West it is.