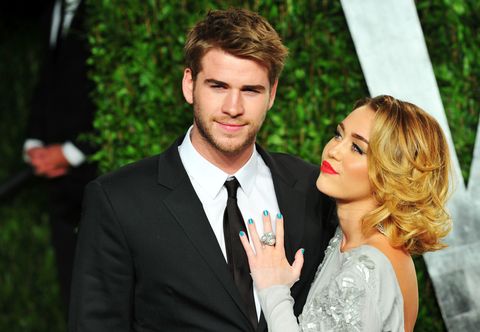 Joining Harry Styles and Kendall Jenner in "Potential Couples 2016 Has Gifted the World," Miley Cyrus has reportedly reconnected with her ex-fiancé, Liam Hemsworth. She's volunteering as tribute in the hunger games that is her love life, if you will.

The couple, who met on set of The Last Song, parted ways around the time Miley came in like a wrecking ball—but they were spotted "cuddling and kissing" at the Falls Music Festival in Byron Bay (which they attended with Chris and Luke Hemsworth).

Baggage aside, the former couple were described as "affectionate," while Liam was "seen rubbing Miley's back at one point." BACK RUBBING, guys. This must be real.