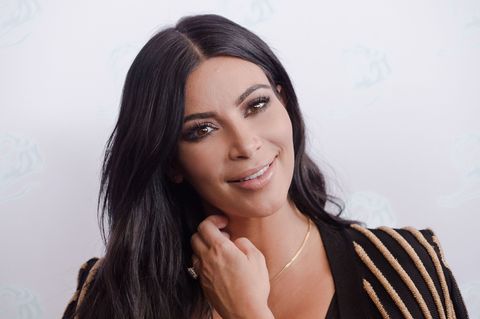 As anyone who watches Keeping Up with the Kardashians knows, Kim Kardashian West had an exhausting pregnancy full of eating beignets and flying to Paris to meet with designers—so no, she does not have time to try on her own clothes.

Due to the monumental effort it takes to put pants on in the morning (we've all been there), Kim hired a body double to strap on a prosthetic belly and model maternity clothes for her, a fact Kris Jenner gleefully revealed in a KUWTK sneak peek.

"She has a body double," Kris told Kourtney Kardashian while snooping around Kim's closet (by which we mean giant house-sized clothing warehouse). "She has somebody come over here and put a prosthesis on like a pregnant person and she makes them try on all of her clothes because she's too tired to do it."

Apparently, Kim then prints out photos of her body double and pins them to the outfits. She's basically a modern day Cher Horowitz.

Which begs the question—would you volunteer as tribute to be Kim's body-double, y/n?