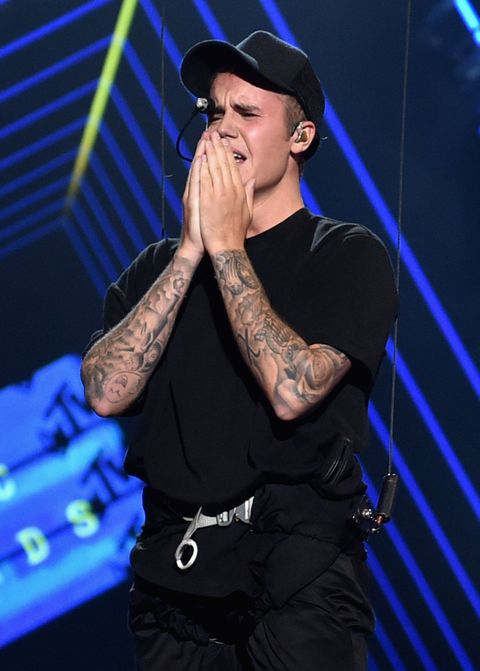 In 2016, there is no "right" way to be a man. You can walk around Boston Common barefoot. You can bare your ass...and your, uh, front. You can also be an international pop star who cries onstage rather frequently. It's all good.

While performing in Philadelphia on Saturday, Justin "Very in Touch with His Feelings" Bieber became so overwhelmed by "Purpose" that tears began streaming down his face. This was not the first time he has broken down in a very visible way, as you shall see ahead.

When His Fans' Devotion Just Moved Him So Much

When the World Collectively Decided Not to Hate Him Anymore, and He Was Understandably Relieved

When He Was in Cincinnati Possibly Thinking About His Childhood