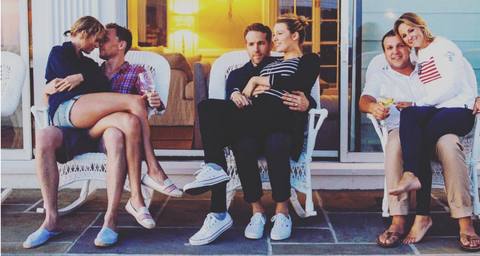 His squad indoctrination complete, Tom Hiddleston could now take on the role of a lifetime: piloting a train of tall, blonde women down an inflatable plastic slide.

Does this make Hiddleston the driver? And Delevingne the brakeman even though there's nothing keeping them from careening headlong into another scenic body of water? (This is the same structure Karlie Kloss and Taylor Swift had tripped down earlier that, um, especially extra July 4 weekend, BTW.)

What is more aggravating—the comparison to the 1988 Jamaican national bobsleigh team immortalized in one of the greatest films ever made or that they hired a professional photographer? Who can say? The only certainty is that none of us can look away.