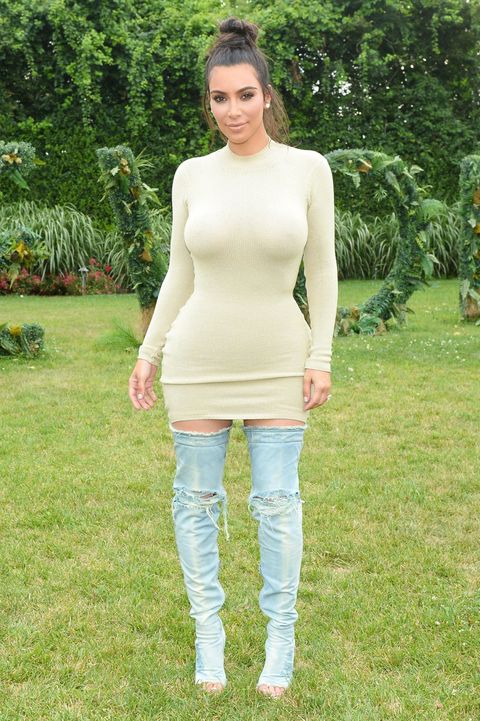 It could be that she was fully intending to unload some Woodward and Bernstein-type reporting onto Snapchat soon after, but the real reason Kim Kardashian's hair has seem to have deflated since early July? First, a pic.

Then, let her tell you herself.

Yes this is my no extensions vibe lol https://t.co/N5m3eEGVrr

Okay, so maybe she won't ever own up to it being a symbol of her lightened conscience or battle prep—extensions are such a liability in a fight, you know?—but it *has* looked great with both black Givenchy and peep-toe denim over-the-knee boots on the beach, practically. But either way, we doubt she'll be wearing earrings to any music awards shows anytime soon...