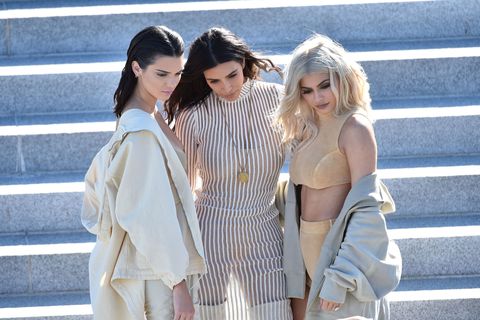 It just wouldn't be Fashion Week without an elevator malfunction. This season, it just so happens that that dubious honor befell Kendall and Kylie Jenner.

In a slight variation on the horror movie Kylie once directed, the sisters, Hailey Baldwin, and Jordyn Woods were all caught in a lift for 20 minutes, during which they Snapchatted and doled out quarters of a granola bar.

"We're actually stuck in an elevator in real life," Kendall said. "I never thought this would actually happen. I'm genuinely so terrified and hungry."

But then the FDNY came to their rescue, the troops rallied, and they celebrated survival the best way they know how.