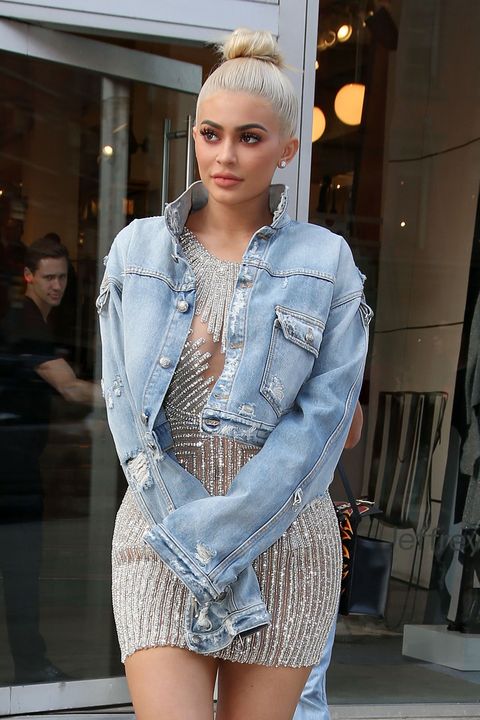 Keeping Up with the Kardashians isn't airing at the moment, but that doesn't mean we can't fulfill our civic duty to obsess over America's First Family. On that note, let's talk about Rob Kardashian's Twitter. The sock designer took it to social and put his entire family on blast, claiming that his girlfriend (AKA Blac Chyna) wasn't invited to their baby shower.

This seems slightly strange considering Kris Jenner & Co. made amends with Chyna on TV, but who knows what goes down in Calabasas once E!'s world-weary camera men call it a night. What we do know is that the prodigal Kardashian son decided to tweet Kylie Jenner's number to his six million followers, which nope, was not at all cool of him. (Note: Kylie is currently dating Tyga, AKA Blac Chyna's ex.)

Anyway, this has been a Kardashian Family Update—you can now go back to what you were doing (eating leftover pizza and recovering from the presidential debate, one assumes).

Mehera Bonner Contributor Mehera Bonner is a news writer who focuses on celebrities and royals—follow her on Instagram.
This content is created and maintained by a third party, and imported onto this page to help users provide their email addresses. You may be able to find more information about this and similar content at piano.io
Advertisement - Continue Reading Below
More From Celebrity
Chrissy Teigen Shared a Sweet Video With Luna
EmRata Displayed Her Bump in an Open Button-Down
Advertisement - Continue Reading Below
Harry Sent a Legal Warning Over "False" Article
Chrissy Teigen Talked About Her Baby Loss Photos
Chrissy Teigen Opens Up About Her Loss
A Look Back at Gwen Stefani & Blake Shelton's Love
Serena Williams Shows Off Toned Body In BTS Photos
See a Romantic New Photo from Beatrice's Wedding
Harry Was Treated as a "Spare" by the Royals
Cardi B Called Out Racist Reactions to Her Birkins