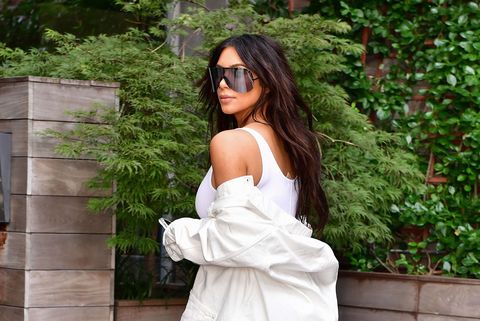 It's been more than a week since Kim Kardashian was held at gunpoint in Paris, and we now know her robbery was planned to a T.

A Parisian police official close to the case claims that the five men who stole Kim's $4.5 million ring used a "double bluff" method during their escape—during which one of them purposefully fell off his bicycle, while another dropped a "low value" piece of jewelry as he departed.

"They wanted us to believe that they were amateurs, but all the real clues point to them being extremely sophisticated professionals," the official tells Us Weekly. "There is no way a gang like this would drop stuff and fall off bicycles—all that was done for any cameras that might be in the area. It is far more likely that they played around on bikes for a few minutes after stealing the jewels—and when they still had their masks on—before they all got into a van, and disappeared."

Kim's hotel didn't have internal CCTV cameras, but Paris authorities believe her attackers were tipped off by a fake photographer before making their move. As a result, she's added several former Secret Service agents to her security team.

Mehera Bonner Contributor Mehera Bonner is a news writer who focuses on celebrities and royals—follow her on Instagram.
This content is created and maintained by a third party, and imported onto this page to help users provide their email addresses. You may be able to find more information about this and similar content at piano.io
Advertisement - Continue Reading Below
More From Celebrity
Your Guide to the Current Royal Line of Succession
Watch Prince Harry's Interview with James Corden
Advertisement - Continue Reading Below
Meghan Has an Adorable Nickname for Harry
Harry Revealed Archie's Impressive First Word
Harry Said the Press Was Ruining His Mental Health
Here's Blue Modeling Icy Park Like a Pro
How Kate and Will Feel About the Sussex Oprah Chat
Selena Gomez Photographed Flipping Off Paparazzi
Serena Williams Stuns in a Glamorous Red Robe
Sophie Turner and Joe Jonas Took the Cutest Selfie