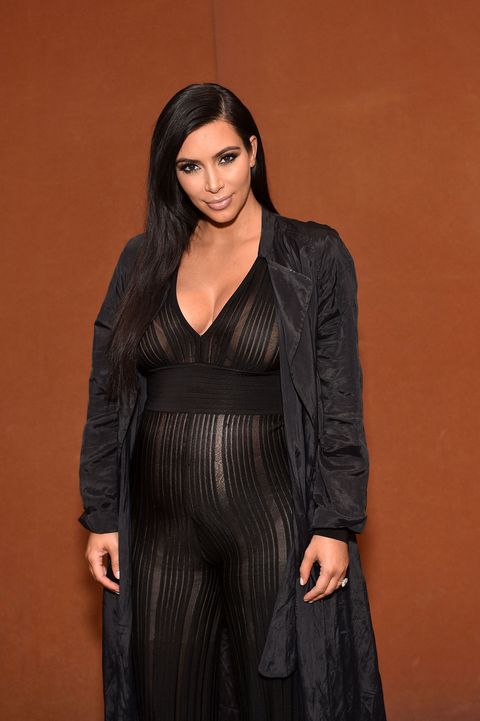 Kim Kardashian is reportedly considering surrogacy for her third pregnancy, a slightly unusual choice given that she's had two children already, but one that makes total sense if you consider her circumstances.

During Sunday's episode of Keeping Up with the Kardashians, Kim (who suffered from placenta accreta in the past) visited a doctor and found out that there are significant health risks involved if she gets pregnant again.

"You never know if you might have the same type of problem that could be more serious this time," the doctor said. "You're always taking a little bit of a chance. There are situations where retained placenta could be life or death."

Meanwhile, Kris Jenner helpfully added, "You could bleed to death." 😶

Kim got a second opinion from a fertility specialist who suggested a surrogate—an idea Kim seemed pretty onboard with, but had some hesitations about. "My bond with my kids is so strong," she said. "I think my biggest fear is that if I had a surrogate is, would I love them the same? That's the main thing I keep thinking about."

Kris Jenner's thoughts? "That scares me for you. What if she gives birth and then grabs the baby and makes a run for it?"