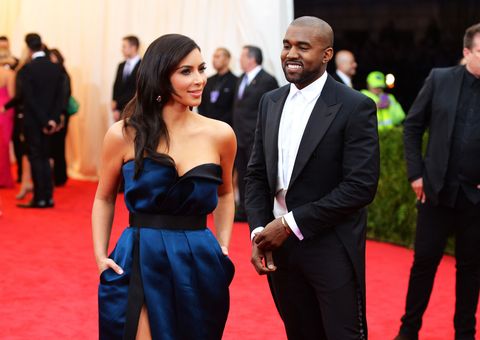 Kanye West was recently hospitalized following several days of erratic behavior and claims of attempted assault, and this—combined with Kim Kardashian's robbery—has reportedly taken a toll on his relationship.

"The last few months have been difficult for their marriage," a source tells People. "They bicker a lot and things are not great." The source adds that Kim has not been "thrilled" with her husband over the past few "very difficult" weeks, and that she seems "less patient."

"He needs to shape up for them to work out," the source explains, saying that while Kim is good at "telling him what he wants to hear," she also gets frustrated. "She definitely rolls her eyes when he goes into his mode or rants. She's also very protective of him, but he can be exhausting."

Kanye is currently at the UCLA Medical Center, and his family—including Kim—are offering their support as he recovers.