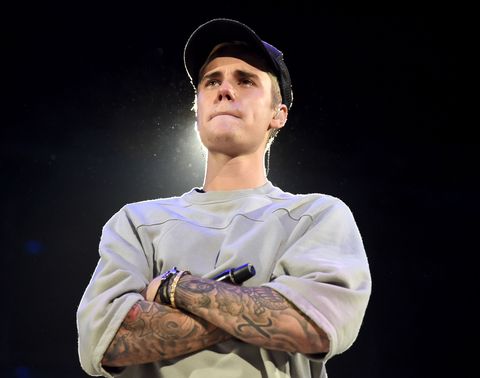 The other day, Justin Bieber was wandering the streets of West Hollywood, drinking a big green juice, when the internet noticed that he had a massive stain on the crotch of his sweatpants. So, naturally, everyone assumed he'd peed himself and the hashtag #JustinPeeper was born.

You ain't cool unless you pee your pants

Fortunately, it doesn't appear as though Bieber did, in fact, urinate all over his sweatpants. He simply was the victim of a "flower water spill," which he explained via Twitter.

Someone got me flowers and I was driving, made a turn, and the water spilled on my dick area...Didn't bother me if it made ya laugh nice!

Props to Bieber for wandering around in public like this despite knowing the internet is what it is.