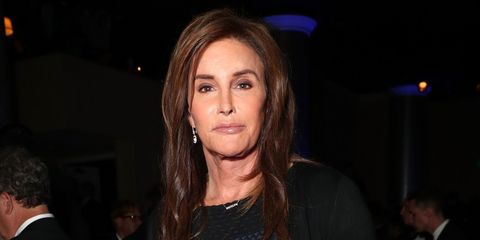 Caitlyn Jenner has gotten herself into hot water following a comment she made about last week's shooting at the congressional baseball practice. House Majority Whip Steve Scalise was critically injured in the attack, and three others were wounded, but Jenner joked that at least "liberals can't even shoot straight." Understandably, the internet is not happy.

Jenner's comments on the incident began in a way more appropriate manner: "Nobody deserves what happened out there. There's no justification for it...Fortunately, the guy was a really bad shot." Obviously, the next line of her "joke" did not sit well with many people, and so to Twitter they went.

Wow @Caitlyn_Jenner, I don't know how you meant this. But it was ridiculously insensitive-at best. Please explain. https://t.co/X40XMm6bbB

Hopefully Jenner clears the air soon. There's far too much terrible stuff happening in the world for people to spend all their energy voicing outrage against a celebrity, rather than a politician.

Amy Mackelden Weekend Editor Amy Mackelden is the Weekend Editor at HarpersBAZAAR.com, where she writes about entertainment, celebrity news, beauty, and fashion.
Advertisement - Continue Reading Below
More From Celebrity
Queen Elizabeth's Dress Nodded to NHS Workers
The Queen's Subtle Message for Harry & Meghan
Advertisement - Continue Reading Below
People Cried Through the Queen's Speech
Watch the Queen's Address About COVID-19
Kate's Style Is Changing After the Royal Exit
Meghan and Harry Won't Be Working for a While
Meghan Has Been Able to See Her Mom Yet in LA
Chrissy Trolled a Fan With a Breakup Joke on Insta
Archie's Birth Certificate Reveals New Royal Tea
Kylie Jenner Shows Natural Hair Length on Insta