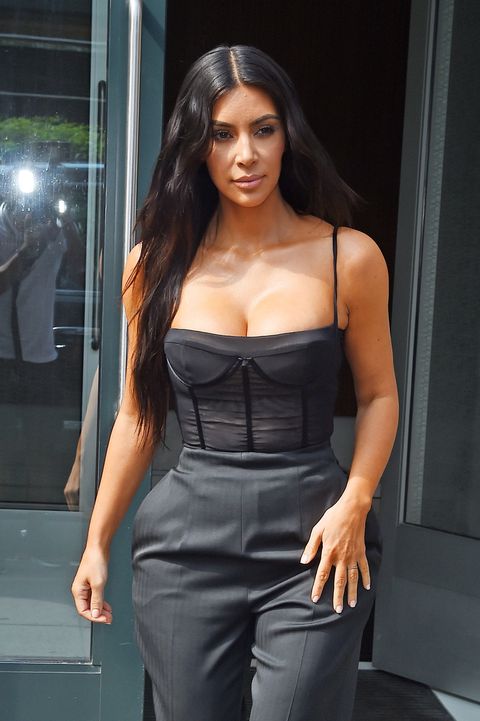 Remember yesterday when Kim Kardashian appeared on Snapchat with two very suspicious-looking lines of white powder on a table behind her, and the internet accused her of doing cocaine? Which, frankly, seems pretty off-brand considering Kim barely even drinks? Yeah, well about that.

I do not play with rumors like this so I'm gonna shut it down real quick. That's sugar from our candy mess from dylan's candy shop https://t.co/oICdPQVi8d

After initially defending herself via twitter (saying the lines were powder from Dylan's Candy Bar) Kim went on to reveal that they're actually striations on her marble table.

"C'mon, I don't play like that," Kim explained. "C'mon. I have kids. It's not my lifestyle. I've never been like that. I just really can't believe this. That it was a marble table."

Obviously this entire thing is completely hilarious, and Twitter responded as you would hope:

thinking Kim K had a line of coke in her snap, her responding it was candy, then realizing it was a marble table was the trilogy I needed tn

Thank you for this gift, internet.