We know Taylor Swift's new song is about shade, and snakes, and reinvention, and hating tilted stages, but what's up with the song title? In case you've been living under a pop cultural rock (in which case, bless), Taylor's new single is called "Look What You Made Me Do," and it's like, cool, friend, but what did we make you do?

Presumably the "you" in question are the people who have spent the past year spamming Swift with snake emojis, not to mention the celebrities who have given her free publicity by way of public feuding. And fair enough, half the fun in watching Taylor's video is going on an easter egg hunt of shade. They (and she) made us do that. 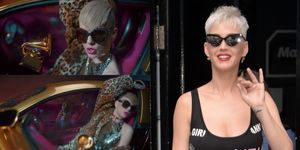 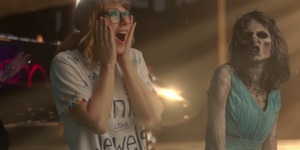