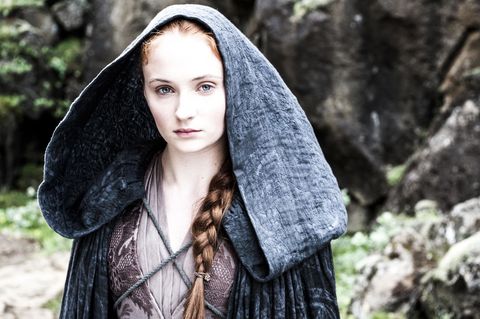 X-Men: Apocalypse director Bryan Singer made the announcement Thursday like it was NBD.

That's right—Game of Thrones's Sansa Stark is trading in all the poison and intrigue and arranged marriages of Westeros for...mutant school! And telekinetic powers! Sophie Turner, the 18-year-old actress who plays Sansa, had this to say about her new role as superheroine Jean Grey.

Until the new X-Men film hits theaters May 27, 2016, Turner will have her hands full on GoT, which recently got a premiere date and its own moment on the big screen. Check out the only leaked footage we've got so far below.