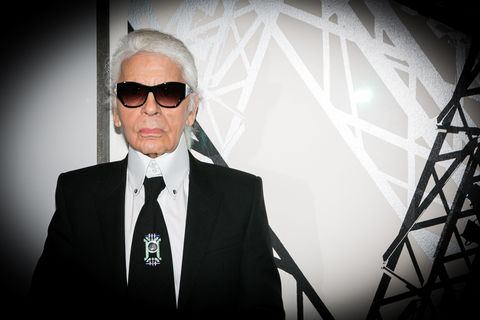 While Kim Kardashian was taking the Onion's "Conceptual Genius Goes as Self for Halloween" story literally, her mobile-game minions were making preparations for an arrival of Karl Lagerfeld-ian proportions.

In a press release Monday, Glue Mobile announced that Choupette's guardian will journey to the land of K-stars, where he'll "surprise players with appearances in entertaining quests and events" while enabling them to buy pieces from his eponymous collection without leaving the app.

Will Kim Kardashian: Hollywood Karl say stuff like "I'm very much down to earth. Just not this earth?" Will he subsist only on Diet Coke, Klorane fumes, and the fitful dreams of one doomed/#blessed to be more everything than everybody else? In any case, at least we kind of now know why Kendall Jenner's Halloween was what it was.