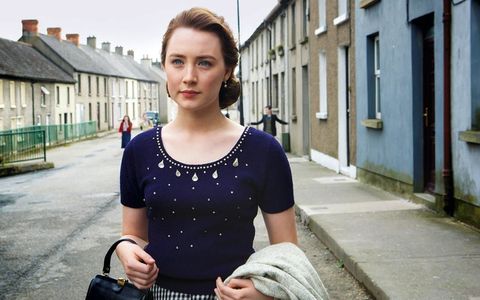 The Academy Awards drew sharp criticism on Thursday for its overwhelmingly white list of Oscar nominees, but people of color weren't the only ones largely shut out—women also came up short.

Just 24% of Academy nominations were women, according to The Hollywood Reporter. While that's an improvement from the last two years—when the number was 21%—it underscores the lack of female voices in a number of categories, such as Best Director and Best Cinematography, for which a woman has never been nominated. The Hollywood Reporter estimates that of the 215 people nominated this year, 51 are women.

Don't feel bad, black people. If the Oscars didn't have separate categories for actors and actresses there wouldn't be any women noms either

A handful of women earned accolades in the writing category, with Emma Donoghue and Phyllis Nagy capturing nominations for Best Adapted Screenplay for Room and Carol, respectively. Meg LeFauve got a nomination in the Best Original Screenplay category for Inside Out. Andrea Berloff also got a nod in that category for Straight Outta Compton.