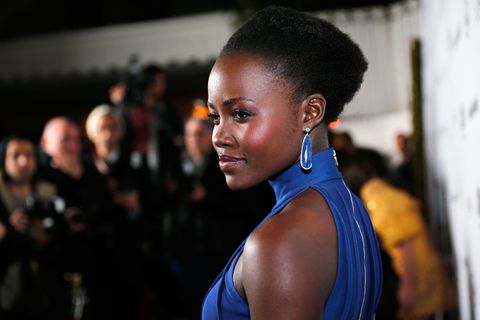 Lupita Nyong'o has added her voice to the growing group of actors who are dismayed and disappointed by The Oscars' lack of diversity. This is the second year in a row that The Academy has failed to diversify their nominee pool—despite outstanding performances from the likes of Will Smith, Idris Elba and Michael B. Jordan—and it looks like everyone is entirely over it.

Celebrities like Jada Pinkett Smith, Spike Lee, and George Clooney have voiced their concern over the Academy's increasingly discriminatory voting habits, and now Lupita is echoing their thoughts.

The Oscar winner shared a post on Instagram to relay her feelings, eloquently saying that the Awards should be a "diverse reflection of the best of what our art has to offer today."

Yep, pretty much. Hopefully the Academy is listening and  #OscarsSoWhite won't have a reason to trend next year.