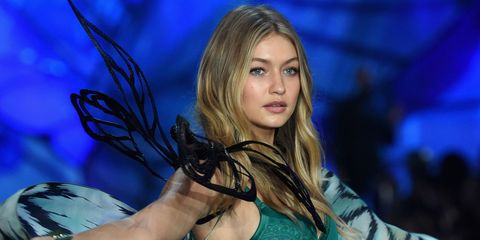 Last week, model Gigi Hadid came under fire after it was announced she would be returning to the annual Victoria's Secret Fashion Show, this year scheduled to take place in Shanghai.

An Instagram video posted by her sister Bella in February appeared to show the 22-year-old model squinting her eyes as she held up a Buddha biscuit, a move critics argue is an impersonation of the religious figure.

As a result, hundreds of fans took to social media to condemn the New York-based star and comment that she wasn't welcome in China.

this is y'all woke palestine queen? Gigi out here mocking Asian people. i would say she's cancelled but she never started. rat @GiGiHadid pic.twitter.com/b6wj5k1sXE

In response, Gigi—who celebrated Eid al-Adha with hers and Zayn Malik's mothers over the weekend—disabled her Instagram comments and has now reportedly made an apology to her fans on the Chinese social media site Weibo.

In the statement, captured by Twitter user @mr_jielin, the model wrote a post in both Mandarin and English that read:

"It hurts me to hurt anyone, and I want you all to know that it was never my intent to offend anyone through my actions and I sincerely apologize to those who were hurt or felt let down by me. I have the utmost respect and love for the people of China and cherish the incredible memories I have made while visiting in the past."

"I have learned to be very careful of how my actions can come off or be portrayed and I'm hopeful you'll accept my apology. I hope to meet many of you and let you get to know me for me. I do not condone hurtful behavior and want people and fans of all backgrounds to know they are welcomed, loved and respected around me and by me," she concluded.

Despite the heartfelt apology, some of the California-born star's fans weren't impressed that she posted her apology on a microblogging site used primarily in China, rather than on her other social media sites that can be accessed internationally.