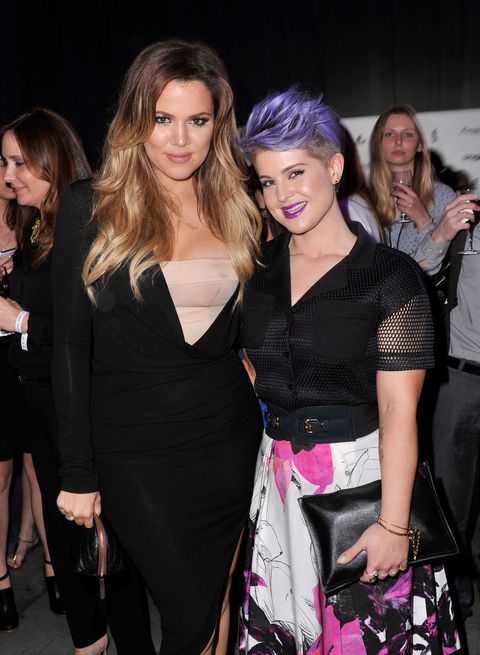 When news broke that Kelly Osbourne would be leaving Fashion Police in the wake of the Zendaya Coleman hair scandal, the internet began suggesting Khloé Kardashian as her replacement.

And thankfully, it seems the stars have aligned. A source has confirmed to People that Kardashian is interested in joining the show and that current co-host Giuliana Rancic would love for it to happen.

We've waxed poetic about the reality star before, but there are just so many reasons to love her—and not just because she's The Fun Kardashian. She's unabashedly candid and her insights are always on the money. Plus, gig-wise, she's totally got the hosting chops. Not only is she one of E!'s most notable personalities, but she was tapped for this year's Oscars pre-show coverage, had a stint on E! news from 2013-2014, and has been a guest on Fashion Police on more than one occasion.

Currently E! has made no official decision about Osbourne's replacement, but the show will return on March 30 at 9 p.m. Fingers crossed, ya'll!

10 Reasons Why Khloé is the Most Kick-Ass Kardashian

The Most Insightful Kim Kardashian Quotes

Lauren Valenti Associate Web Editor I’m the associate web editor at Marie Claire.
This content is created and maintained by a third party, and imported onto this page to help users provide their email addresses. You may be able to find more information about this and similar content at piano.io
Advertisement - Continue Reading Below
More From Celebrity
Matt Damon Trolled Ben Affleck and Jennifer Lopez
This Old Video of the Queen Saying "Nah" Is LOL
Advertisement - Continue Reading Below
Diana Had a Secret Message on Her Wedding Shoes
Will's Friends Made "Jibes" About Kate's Mom
William Will Suffer "Worst" from Harry's Memoir
Simone's Boyfriend Sent Her the Sweetest Message
Harry's Friends Don't Want to Be in His Memoir
Will & Kate's Modern Approach to Raising George
Meet Simone Biles's Super Supportive Parents
What Happens on Katie's Season?