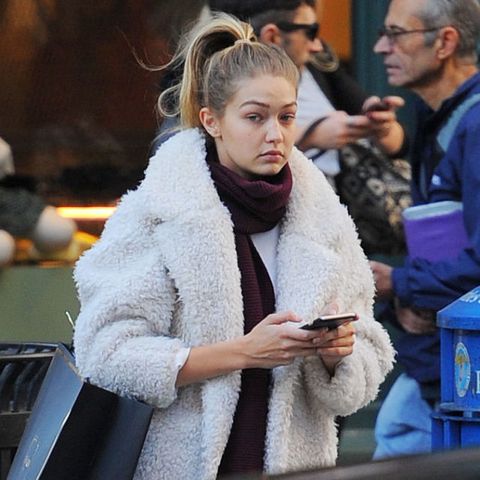 Yikes. Gigi Hadid might have something more important to worry about than maintaining the illusion that her bob at last night's American Music Awards was real.

In a repeat of last year's mass iCloud leak targeting female celebrities, hackers are threatening to sell the Victoria's Secret model's personal photos and videos to media outlets if she doesn't pay the ransom. But according to TMZ, she's refusing to capitulate to the hackers' demands, contacting law enforcement and hiring private investigators to track down the criminals, against whom she reportedly intends to press charges.

Sic 'em, Gigi Hadid. May you get justice *and* a puppy, just like Jennifer Lawrence.