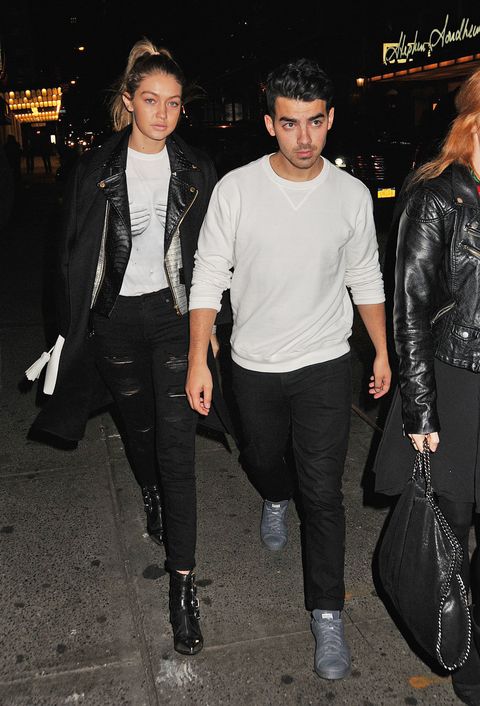 "Sometimes life just happens..For whatever reason in whatever timing. And sometimes it doesn't make sense til it does. That's it," she tweeted then deleted Monday, Us Weekly reports. Shortly after, she replaced the cryptic, apologetic-ish message with a beach scene emblazoned with the word "chill."

Jonas had earlier unfollowed his ex and taken down a photo of himself and Malik, but perhaps the "chill" was directed to overzealous Zayn fans, like the one who warned Hadid to "don't ever hurt him or make him feel sad." (The "or else" is implied, no?)

Best of luck to all parties involved.