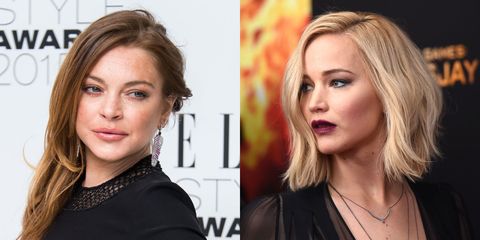 ICYMI: During Jennifer Lawrence's appearance on the Late Show with Stephen Colbert, the Oscar-winning actress took a shot at Lindsay Lohan, telling the late night host that she suffers from "Lindsay Lohan grade exhaustion, but without any drugs or alcohol."

A momentary lapse in judgement from the notoriously-lovable actress, LiLo's younger sister Ali didn't take too kindly to Lawrence's dig, tweeting that her comment was "not cool."

But while we live in an age where twitter fingers turn to trigger fingers as Drake so eloquently puts it, Lohan herself decided not to "clap back" and instead let the sage words of Maya Angelou do the talking.

To which we say: classy move, LiLo.