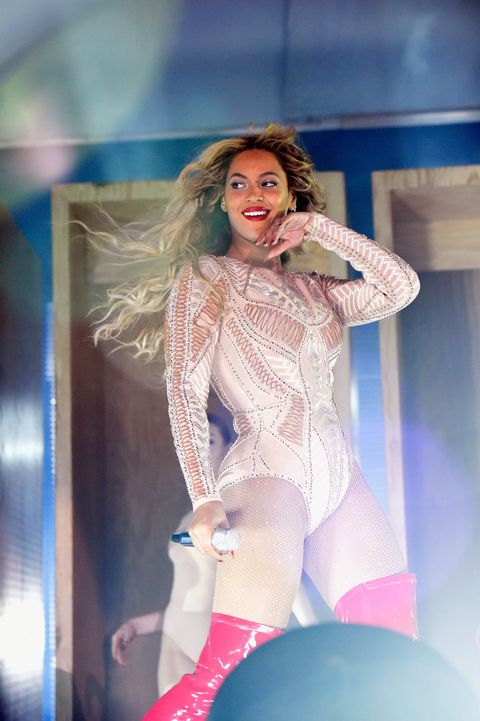 The world is still recovering from that time Beyoncé dropped at entire album in the middle of the night, causing everyone to call in sick and immediately memorize the lyrics to "Drunk in Love."

The chanteuse has remained pretty low-key since wrapping up her world tour, but the Beyhive spotted her shooting what appears to be a music video at the Superdome in New Orleans.

A 'Yonce fan shared a photo on Twitter that seems to feature Queen Bey in the stadium surrounded by video equipment and security. Jay Z is also reportedly in the building.

Beyoncé is currently shooting a new video at the Super Dome. Jay Z is also with her. pic.twitter.com/HvobxVdbrG