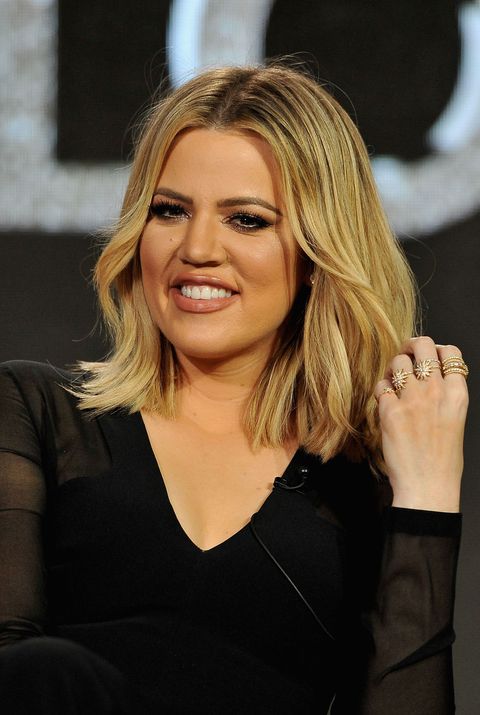 Like many middle schoolers before her, Khloé Kardashian enjoys the occasional round of "F--k, Marry, Friend-Zone." Because nothing's more fun than rounding up three randoms and deciding which one you'd like to do it with, right?

Khloé took to her website to play the game, and made the *very* interesting choice to pick One Direction as her subjects. Between Liam Payne, Niall Horan, and Harry Styles (sorry, Louis Tomlinson), Khloé said she's "definitely friend-zoning Harry," and went on to explain, "I heard Niall used to have the BIGGEST crush on me, so I'd marry him, for sure. I'd f--k Liam."

Huh. Considering that Harry and Kendall Jenner were spotted frolicking around the ocean together during the holidays, it seems relevant that Khloé's "definitely" friend-zoning him. And in a world where relationships are confirmed via iPhone lock-screen and breakups happen via Instagram deletion, this is probably as good of a Hendall statement as we're going to get.

Then again, we are dissecting a game of "F--k, Marry, Friend-Zone" here.