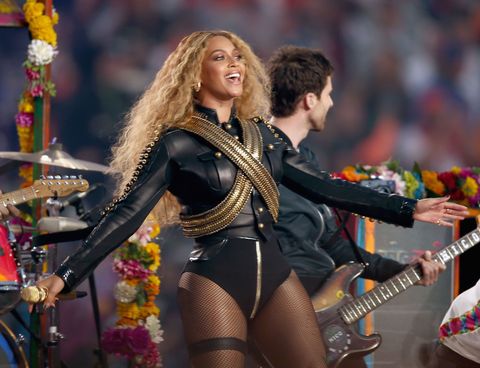 Please remain chill and calmly get in formation, because it appears as though Beyoncé might be dropping an album tomorrow. Featuring Adele. And also Kanye West. And also Mariah Carey. Oh, and Nicki Minaj.

Wait sorry, just lost all chill, there is literally no chill to be found.

Now, keep in mind that this news comes from an alleged  leaked press release that's currently making the rounds on Twitter—but if said release is accurate, we can expect Bey's album (titled Formation) to drop on Tidal tomorrow, with a wide release on April 8.

The thing is, tomorrow is April Fool's Day, and while we don't typically view Queen Bey as someone who's like "LOLOLOL, pranks!" who knows what kind of influence Kanye West's Twitter feed has had on her.

Guess there's nothing to do but just stay in formation for the next 24 hours and wait it out.