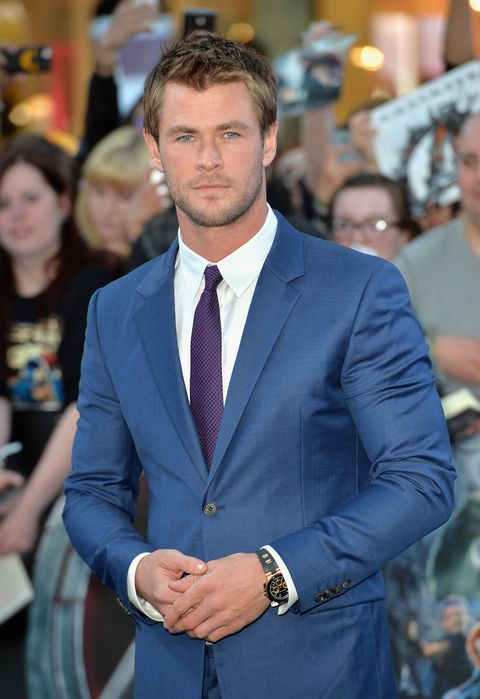 Chris Hemsworth celebrated New Year's Eve 2016 at a Lone Ranger party, where he dressed up as a Native American—a decision we can all agree was not a good look for many reasons (the least of which is reducing an entire indigenous group to a stereotypical costume). But while the phenomenon of celebrities in iffy costumes is not uncommon, apologizing for said iffy costumes is—and Chris Hemsworth did just that.

While voicing support for Standing Rock and the Sioux Tribe, Hemsworth took it upon himself to issue a formal apology for his costume, saying it had been weighing on him.

"I sincerely and unreservedly apologize to all First Nations people for this thoughtless action," he writes in the post below. "I now appreciate that there is a great need for a deeper understanding of the complex and extensive issues facing indigenous communities."

Standing with those who are fighting to protect their sacred land and water. #nodapl #waterislife #mniwiconi @taikawaititi I would also like to take this opportunity to raise something that has been bothering me for sometime. Last New Year's Eve I was at a "Lone Ranger" themed party where some of us, myself included, wore the traditional dress of First Nations people. I was stupidly unaware of the offence this may have caused and the sensitivity around this issue. I sincerely and unreservedly apologise to all First Nations people for this thoughtless action. I now appreciate that there is a great need for a deeper understanding of the complex and extensive issues facing indigenous communities. I hope that in highlighting my own ignorance I can help in some small way.

It's up to the aforementioned indigenous communities whether or not to accept Hemsworth's apology, but claps all around for him taking the time to do the right thing.