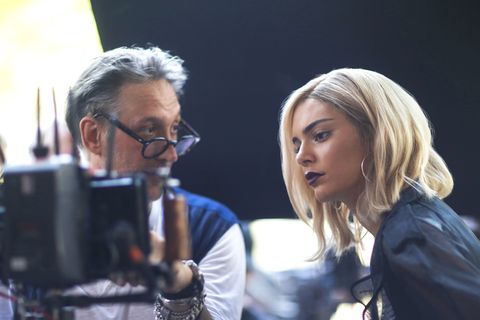 Pepsi recently announced supermodel Kendall Jenner as the new face of their brand, and in celebration decided to produce a commercial in which she solves police brutality with a can of soda. As you might expect, the internet was not thrilled:

me: I'll have a coke
waitress : is Pepsi ok?
me: oh I'm actually already not racist but thank you

Obviously, there are some major issues with a commercial company like Pepsi co-opting a social movement for monetary gain. And the idea that all it takes to stop police brutality is one white lady with a can of soda is deeply offensive for a myriad of reasons. So, what did Pepsi have to say regarding the issue? Their statement follows, and they're certainly not apologizing:

"This is a global ad that reflects people from different walks of life coming together in a spirit of harmony, and we think that's an important message to convey."

Watch the controversial commercial below: