Because the world is way creepier than any of us want to believe, being a female celebrity typically comes with having a stalker. Or at the very least, having a *ton* of unwanted attention from men. Just ask Kendall Jenner, who was reportedly granted a restraining order against a man who's allegedly been stalking her.

TMZ reports that a California resident has been "incessantly professing his love" for the supermodel since February, and that he's been writing her letters with what the outlet describes as a "darker tone" since the Spring. 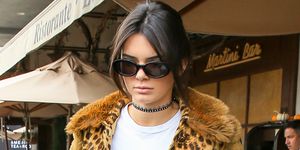 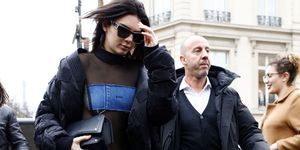 Watch Kendall Jenner Open Up About Her Stalker 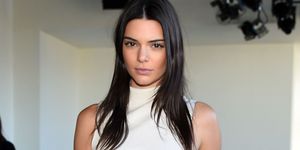 Kendall Jenner Testifies Against Her Stalker

Per TMZ, in one letter Kendall was deemed "an internet whore, cackling your way through life" and was told she "look[s] like you've been f***ing AHOLE Dog Sh**t in the sewer for years."

The man also references running into Kendall at various locations in 2008 and even 1998—when she was just a small child. The recently granted restraining order states he must stay 100 yards away from her.

FYI, this is hardly the first time Kendall's had to deal with strange men bothering her. Which is, yes, horribly depressing.