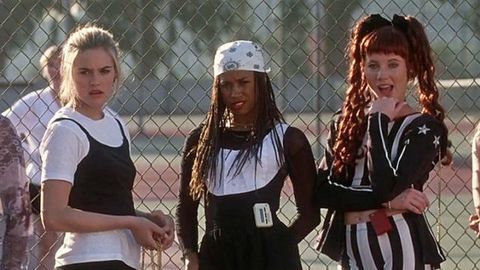 It's not just us normal people whose style has been significantly influenced by Clueless. The movie's iconic '90s wardrobe has had a broad-reaching effect all the way up to the highest authorities in fashion.

In a recent post on her website, Kendall Jenner revealed that Chanel designer Karl Lagerfeld was so inspired by Cher and Dionne's gold chain accessories that he made his own. Remember the ones they so casually used to carry their cell phone and water bottle to gym class?

Jenner also let us in on another fashion fun fact about Cher's famous Calvin Klein dress. Apparently, the LWD became so widely popular and sought after in the decade following the film's release that the brand reissued the style in 2010. We think it's about time for a second revival, don't you?