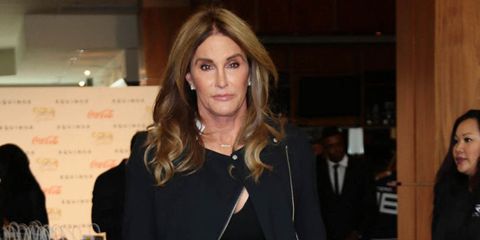 Living her truth as the most famous transgender woman in the world, Caitlyn Jenner has been out on the town looking utterly gorgeous—and cultivating her personal style in the process. Gravitating towards classic, form-fitting silhouettes, she's the epitome of effortless glamour and we're celebrating each and every look.

In Los Angeles in a perfect LBD and black jacket.

For a movie night in L.A., Jenner was appropriately casual-chic in booties, distressed denim and an adorable chunky knit sweater from Intermix—made even cuter by strategically placed shoulder cut-outs.

To support her daughter Kendall as she made her Victoria's Secret Fashion Show debut, Jenner complemented the evening's skin-is-in theme with a super-sheer paneled LBD and suede pumps.

While making a quick Jamba Juice run with a friend in Los Angeles, Jenner offered proof that you can never go wrong in all black.

While celebrating her 66th birthday, Jenner slipped into a black bodycon shift dress, accessorizing with peep toe pumps and an embellished clutch. It was a classic look for the Logo-TV-sponsored fête, during which her squad (including rumored flame Candis Cayne) brought her a cake and sang happy birthday.

Speaking at the Point Foundation's fourth annual Voices on Point dinner in Los Angeles, Jenner serves up some monochromatic magic in a red hot pantsuit.

While embracing her daughter Kendall, Jenner looks red-carpet ready in a tried-and-true LBD.

Jenner was enjoying that Summer Friday feeling at the Fours Seasons Hotel in Westlake Village, CA. The I Am Cait star was all sunshine and smiles in a lightweight sweatshirt and navy-and-white striped maxi skirt.

Jenner hits the Patricia Field store in NYC and leaves wearing a completely different outfit, including this eye-catching rainbow sequined mini-skirt. Now that's a total Sex and the City moment.

Channeling an Old Hollywood movie star, she looks totally glam in a figure-hugging leopard print wrap dress while in NYC.

Talk about a perfect LBD—for dinner in downtown NYC, she shows off her curves in a black bandage dress by Hervé Leger and pointed-toe slingbacks.

The reality star paired a belted white top with a matching skirt, both boasting a textured white overlay, while at a Gay Pride party in NYC.

While posing with her famous Vanity Fair cover aside her facial feminization specialist Dr. Harrison Lee, she wears a breezy white blouse and jeans.

While hosting a dinner surrounded by beautiful women like herself, she wears a billowy floral print blouse, cropped denim, and sandals. 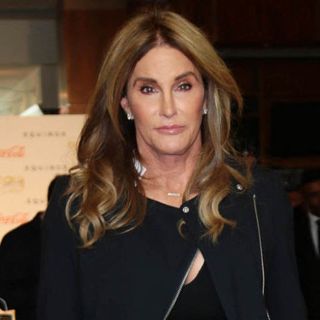 Advertisement - Continue Reading Below
This content is created and maintained by a third party, and imported onto this page to help users provide their email addresses. You may be able to find more information about this and similar content at piano.io
More From Fashion
Cozy Sweatpants to Spend the Day or Week In
Black-Owned Shoe Brands You'll Fall In Love With
Advertisement - Continue Reading Below
The Best Black Jeans to Build Your Outfit Around
Our Favorite Summertime Pajamas
The Dreamiest Tie-Dye Swimwear for Summer 2021
Embrace In-Between Season With a Trench Coat
Comfy and Stylish Sandals to Walk a Mile In
The 26 Best Leggings, Based on Ratings and Reviews
Your Guide to Spring 2021's Wardrobe Essentials
A Sleek Coat Is Chloe Gosselin's Power Pick