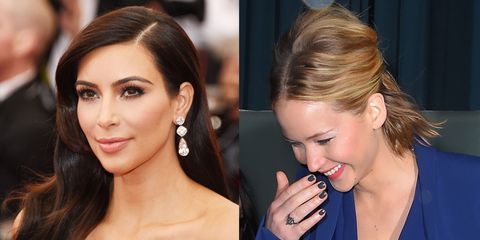 These are some of the reality shows Jennifer Lawrence has gone on the record saying she enjoys watching:

That last television gem kinda-sorta got her into an embarrassing situation with the Alpha Kardashian, except since when has J.Law been self-conscious? Plus Kim apparently thought it was hilarious.

"I was in NYC and I ran into Jennifer Lawrence," Kardashian told The Sun. "We said, 'Hi' and walked into the elevator, and as the doors were closing, she screamed across the lobby, 'I love your show!' We were laughing so hard."

Jennifer Lawrence: just one of us. Watch her discuss her reality-TV addiciton below: