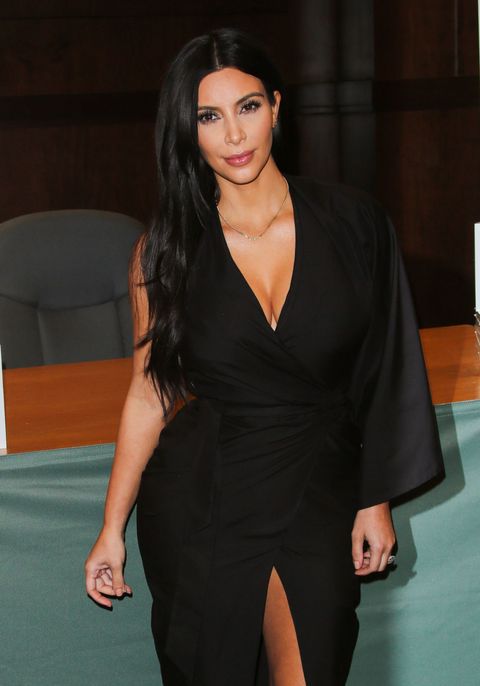 Last month on an episode of Keeping Up with the Kardashians, Kim, who's been transparent about her fertility struggles, revealed that she might need a hysterectomy if she has another child. Since then, she's reportedly been exploring other options, too. According to an Us Weekly source, she's even exploring surrogacy and in vitro.

"Kim has been undergoing IVF," the insider says. "It's causing problems with her body." (In a recent KUWTK episode, Kim revealed that she had to undergo a procedure to "clear something out of [her] uterus," and on this week's episode, she'll reveal that an implanted embryo did not take.)

But despite everything, Kim is still optimistic about being a second-time mom, as she explained in a recent interview with Matt Lauer on the TODAY show.

"I would like to hold out a little bit longer, and still try," she said. "I still have hope, so I'm just going to keep on trying. Never say never."

Brava. Say what you will about the Kardashians, but we can only hope that by making her fertility hurdles public, Kim will provide comfort and support to women fighting similar battles.

Lauren Valenti Associate Web Editor I’m the associate web editor at Marie Claire.
This content is created and maintained by a third party, and imported onto this page to help users provide their email addresses. You may be able to find more information about this and similar content at piano.io
Advertisement - Continue Reading Below
More From Celebrity
The 6 Most Expensive Royal Wedding Dresses
Inside Kitty Spencer's Stunning £19 Million Home
Advertisement - Continue Reading Below
Meghan Was Hit With Thousands of Vile Comments
Watch Meghan's Candid 2013 Larry King Interview
Kate & William Are "Besotted" with Their New Puppy
J.Lo Re-creates "Love Don't Cost a Thing" Video
Meghan Markle Made Prince Harry a Better Man
See a Rare Portrait of Princess Diana's Mother
Kelly Ripa's Husband Left Her a NSFW Comment
Jennifer Lopez on Learning to Love Herself