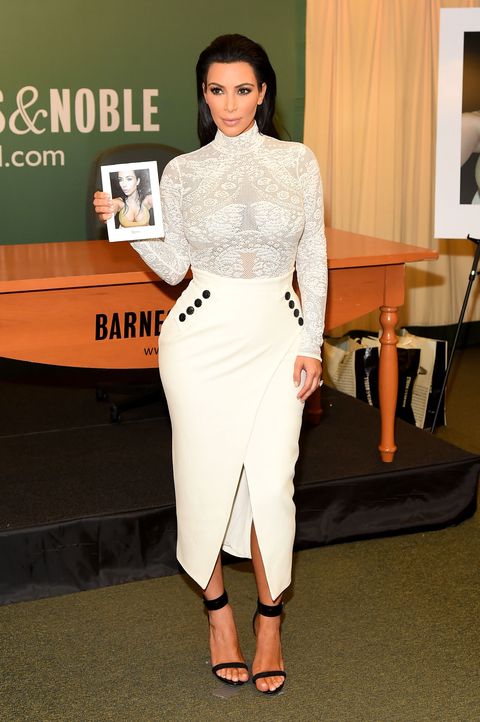 Don't bother with the Starbucks cards this year (not with those horrid nondenominational cups you're not). (That was a joke.) Instead, get them the gift they'd never buy themselves—a holiday edition of Kim Kardashian's Selfish.

As only a true visionary can, the recent convert to the Church of Risotto said in an interview with Andre Leon Talley that she will offer a special printing of her selfie book, which will be exactly the same as the regular version except with a different cover and possibly a few new pics inside. Genius. (Also diabolical because the recipients will be left guessing if they were on your naughty or nice list. MWAHAHA.)

But what about a sequel? "I…I don't have anything in the works right now," she told the caped one. "Oh, that's great!" he replied. Just swell.