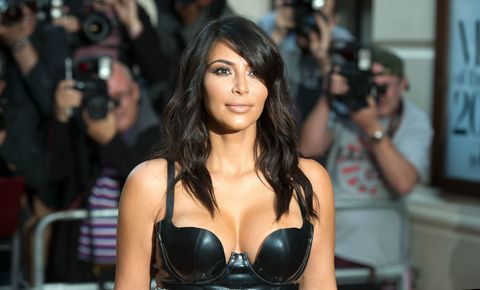 The world is still reeling from Sunday's mass shooting at an Orlando gay club, and celebrities have been busy vocalizing their support for victims. As important as this show of support is, it's impossible to talk about mass shootings without also talking about gun control, and Kim Kardashian just totally went there.

We have repeatedly called on Congress to close this loophole that makes it easy for dangerous people to get guns & kill.

To expand on Kim's thoughts, Orlando shooter Omar Mateen was investigated twice by the F.B.I for ties to terrorism, yet he was able to buy a gun at a Florida dealership without anyone batting an eyelid.

Meanwhile, the military-grade assault rifle that was used by Mateen was also used by shooters in Sandy Hook, Aurora, and San Bernardino. The fact that any politician—democrat or republican—is able to hear that fact without thinking "this has to stop" is mind-boggling.